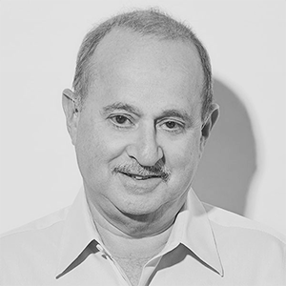 Mr. Wilcox joined Flagship Pioneering in 2006, bringing a rich set of experiences and expertise in financial management, operations, fund management and strategy. His career spans 30 years and has involved many different roles and functions including controller, chief financial officer, senior vice president of business development and CEO. He has also served on several boards of directors.

In addition to his corporate experience, he was previously CFO of two venture capital firms: Highland Capital Partners, where he was the founding CFO and general partner, and, prior to that, Charles River Ventures. Before joining Flagship, Mr. Wilcox served as CFO and then senior vice president of corporate development for EXACT Sciences (NASDAQ:EXAS), one of Flagship’s portfolio companies. In addition to his position at EXACT Sciences, he led an active consulting practice which included roles as interim CEO of two biotech companies: Thrasos Therapeutics and Biostratum. Prior to founding his consultancy, he was executive vice president and chief of finance and corporate development at Pyrosequencing, a publicly-held, European biotech company. Earlier, he had been the president and chief executive officer of Cambridge NeuroScience, Inc. until its sale to CeNeS Pharmaceuticals, and before that senior vice president of business development and CFO of Cellcor.

As general partner at Flagship Pioneering, Mr. Wilcox serves as a member of the firm’s investment committee and is involved in LP relations and fundraising. He was a board member of Accuri Cytometers prior to its successful sale to Becton Dickinson, of Seahorse BioScience prior to its successful sale to Agilent Technologies, and of T2 BioSystems (NASDAQ:TTOO). He also plays a role as board member or advisor to select Flagship portfolio companies, and he is currently a board member of YourBio Health, Incredible Foods (Chairman), MidoriUSA (Chairman), and Novomer.